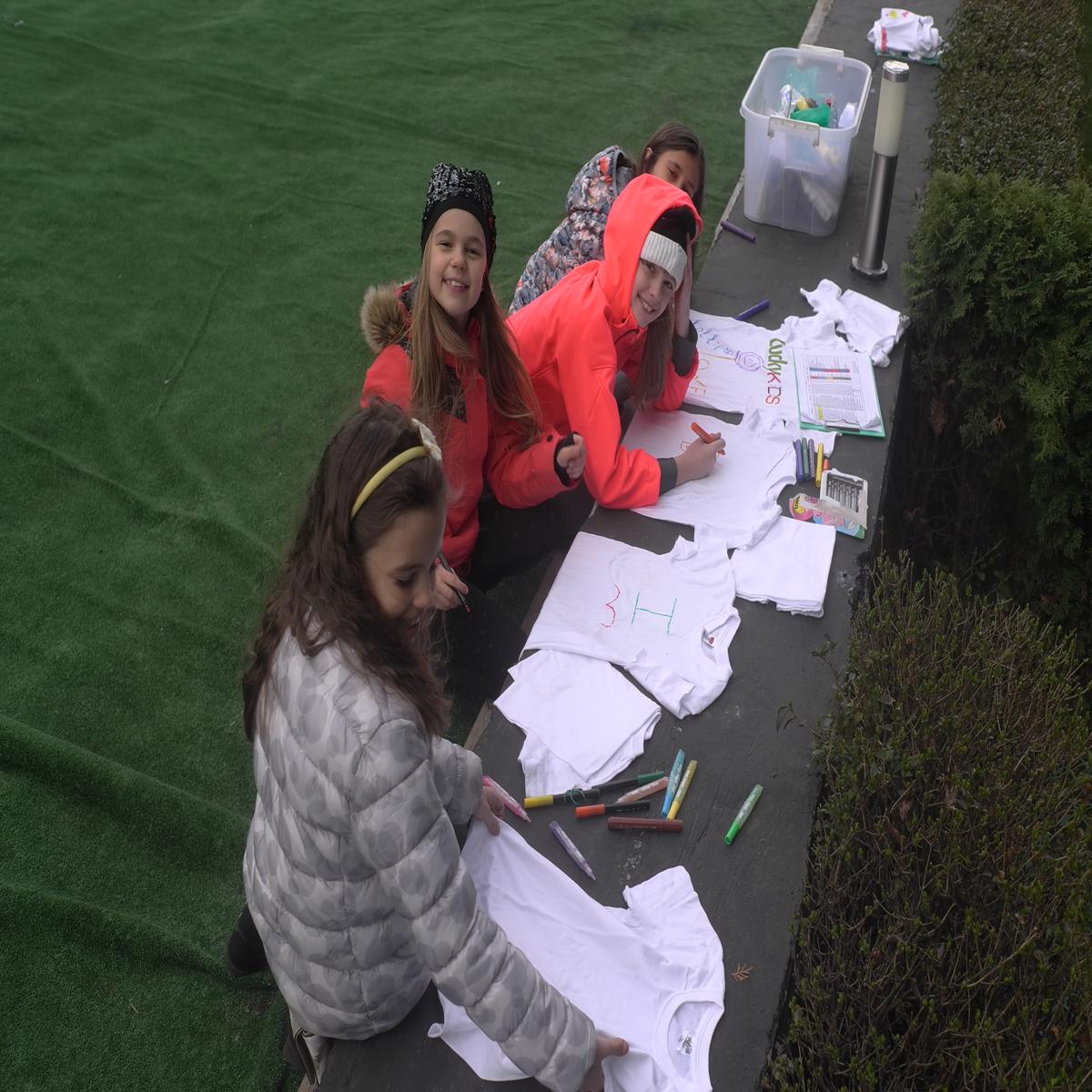 An English proverb says: “Tell me and I will forget, show me and I will learn, make me do and I will understand.” And games are a kind of making. They are involved.

The easiest way to reach the “aha” moment in the games is when the children guess, make their discovery and understand. The game is done in an informal setting, without pressure and strict requirements, where academicity is minimized.

For children, this is a pleasant atmosphere, among friends and acquaintances. Yes, they need to follow certain rules that ensure their own and others’ safety.

There are also rules for the so-called “fair play”, without which the game becomes meaningless, especially if it has a competitive nature.

The games in the camp are carefully selected to be educational in nature. They support learning.

They are all used in professional pedagogy. The game technique has long been known and is a long tradition.

Therefore, we at LuckyKids use a variety of educational games that transform the stay in the summer camp in an unforgettable adventure.

Usually the main goal of the educational game is to support the achievement of results in language learning, to make the learning process enjoyable, easy and predictable.

It comes when children need to unload and also so it can be used at any time to consolidate knowledge.

Here are some ideas for educational games for children according to their age.

Detective Agency / for children over 9 years /

It is played with the help of a partner. Children come up with their own detective agency, name, logo. They can make business cards for themselves as detectives.

Then consider and present their first resolved case . Introduce it to all players.

Message in a Bottle / for all ages /

The children consider the idea of ​​what message to send to themselves, which to open in about 10/20/30 years.

Younger children can draw by placing individual words, and older children in the camp can write it in words.

The message can include their expectations and be a direct reference to yourself. Once made, the letter can be symbolically placed in a bottle.

A classic game with no age restrictions. In it, children execute movement commands, doing different actions, depending on whether Simon said it or not. It is usually used for movement and concentration.

The game helps to develop listening skills, the ability to follow instructions in a foreign language, develops a vocabulary enriched with words for action / verbs /.

This game is suitable for all ages, even at the beginning of literacy.

Popular in Bulgarian as well. One child chooses words and writes only the first and last letter, the others have to guess which word it is.

I would rather / – Suitable for all ages.

The teacher or child, then, offers a choice to the others and according to their choice the children need to occupy a certain place in the room.

For example: “I would rather live in the city than in the countryside or in a small town / city-country / or” I would rather took a dolphin as a pet rather than a tiger. ”

City lovers stand in front of the room, and country lovers – in the back. The aim of the game is to diversify the vocabulary , to learn opposite words and to move the students.

In the supermarket – suitable for all ages.

The children are salesmen, buyers, cashiers, security guards, suppliers in a supermarket.

They organize the process themselves in a store, follow rules, name the goods , use dialogue to make purchases and pay with “money” or “bank card” / which can be made by them /.

Dramatizations are a powerful tool for language development.

They are a way to:

Children can choose a fairy tale together with the teacher or create their own script and sets, accessories.

This includes a creative moment that is a strong motivator for learning. After preparing the play, the children can play it in front of the others.

Of course, the list of games doesn’t end there. These are just a few types of games that are used in the learning process.

It is very important for parents to understand that children need play as a way to deal with reality. The child plays to prepare for his encounter with reality, he prepares to be an adult.

In the game he makes decisions, controls his behavior, interacts with peers. All these skills the child will use in his life later.

That’s why it’s important for parents to let play present as part of children’s lives. It is good to encourage her and at times to participate in it.

What we can only give as advice is: play with the children, spend time together. This is an invaluable experience for them, as you are their first and most influential teachers.

Here are some ideas for educational games at home.

This game is suitable for children over 7-8 years who are already literate.

It’s a play on words. There are ready-made game sets that you can buy from bookstores, or you can just draw a table with squares on a white sheet / for example 20 by 20 squares /.

Always write one word in the middle of the table or game board. From there, each player must come up with as long a word as possible, because each letter carries points.

The game is fun and a great language exercise. She develops spelling and grammar skills in English.

Guess my character – suitable for all ages

One player thinks of a character or real person who is world famous. The character can be from a fairy tale, a book, a cartoon, a feature film and others.

The only condition is that this character is very famous in order to be recognized. The other player asks questions, for example: “Is the character a man or a woman? Are there special forces? Is he wearing a mask? Is he a famous singer? ” Etc.

Others have the right to answer “yes” or “no”. The questions are asked until the character is known.

The game helps to develop the imagination, language skills and enriches the vocabulary with new words.

This is a game in which one player imagines an object from the surrounding reality and explains:” I see something yellow. ”

The other player, by guessing and listing the objects around them, must guess the object. Especially suitable when traveling.

What else can be known about them?

Playing teaches another skill that we can’t learn just by learning. This is the skill of empathy. The game brings bonuses that no exercise could provide.

In the game the child learns compassion and empathy. This moment, in which he sees that it is difficult for his friend, he cannot answer or he cannot find the right word, this is the important moment when something inside makes him help.

This empathy skill cannot be nurtured in any other way , except by “doing” in the process of the game.

No matter how much we explain to a child to be good to others, to do the right thing and to show understanding, all this remains only in words, if the child has not played with other children and his heart has not beaten in an instant for another child.

This feeling comes naturally during the game and can’t be created and stored in another way or at another time.

The game is a kind of emotional upbringing , which gradually builds a complete, empathetic, true personality. It is the daily miracle that young children cannot do without!

2021-10-19
Previous Post: LuckyKids – the pursuit of continuous improvement
Next Post: Is it important to ask the child what he learned when he returns from LuckyKids language camp