The ‘tenses’ are the forms that verbs take in English when speaking or writing. Cambridge, Pearson and other English Institutions teach them in a certain order, but to learners of English this can be confusing at times.

There are several ways to remember them more easily; they are really not that difficult. Saying ‘I eat fish’ is not the same as saying ‘I am eating fish.’ They mean two different things, do you know the difference? They are in different tenses. ‘I eat fish.’ means that you do it often, this is the Present Simple, ‘I am eating fish.’ means you are doing it now and is in the Present Continuous.

There are only three basic tenses in the English language: the past, the present and the future:

Each ‘basic tense’ has four other tenses or sub-tenses, Simple, Continuous, Perfect and Perfect Continuous.

First you are taught the ‘simple’ tenses as these are generally used first when learning a language. ‘I’m English’, ‘My name is Neil’ and so on. There are three main ‘simple tenses’, Present Simple, Past Simple and Future Simple.

Present Simple is used for…

The simple present tense is mostly used for three things:

To use this tense, add an -s to the end of the verb when ‘he’ or ‘she’ is doing the action (he speaks, she eats etc). Use the unchanged verb when anyone else is doing it (we speak, I eat).

We use this tense when we introduce ourselves and or talk about our hobbies, likes and dislikes and to ask simple questions. Example: ‘Hi, I am Neil, I am from England and I like to play football.’ Or you could ask ‘What is your name?’ or ‘When is the next game?’

Past Simple is used for…

The past simple is used in a very similar way to the present simple. Regular verbs are used with –ed, example: worked, played unless they are irregular, for example, took, spoke etc. Students of English need to learn these irregular verbs one by one as they learn the language. There are plenty of free irregular verb lists or charts online to help English students learn these. Here is a good site to start.  We mainly use this tense to describe what we have done, or to ask if something is done, for example: ‘I worked yesterday.’ Or ‘Have you done your homework?’

Future Simple is used for…

To use this tense we simply add ‘will’ or ‘be going to’ (‘be’ is the ‘verb to be’). Do you know when and which one to use correctly, to be honest you shouldn’t worry about that too much as they basically mean the same with only a slight difference, ‘I will call you later.’ means the same as ‘I’m going to call you later’. (But for the ones who want to know the correct one to use: We use ‘be going to’: when there are definite signs that something is going to happen (we are sure, we feel it must happen). We use ‘will’: when we think or believe something to be true in the future.)

There are also three ‘Continuous’ tenses in English, these are ‘Present Continuous’, ‘Past Continuous’ and ‘Future Continuous’. Continuous tenses use the ‘ing’ form of the verb, working, hiking, reading etc. All of these tenses are used for talking about something that continues and was or will continue.

Present Continuous is used for…

Talking about something ongoing that’s happening now or in the near future. Example: ‘You are reading this article now and you are meeting a friend later.’

Past Continuous is used…

To describe a continuous action that got interrupted in the past. Example: ‘I was talking on the phone when you rang the doorbell.’

You simply add –ing onto the verb after ‘will’ or ‘be going to’. Examples: ‘I will be waiting for you at the train station.’ or ‘I will be having dinner at six.’

Perfect tenses are: Present Perfect, Past Perfect and Future Perfect

Perfect tenses are typically used to talk about actions that are completed in the present or a particular point in the past or future. They are formed with the relevant tense of the auxiliary verb to have and the past participle of the main verb.

Present Perfect is used for…

We form this tense with the correct form of ‘to have’ plus the past participle of the verb, see above examples in 1-4.

Past Perfect is used for…

We use this tense with the past form of the verb ‘to have’ had, plus the past participle of the verb. Examples: ‘I had walked five kilometres before lunch.’ or ‘I had run a marathon before entering the London Marathon.’

Future Perfect is used for…

This is formed with the simple future of the verb ‘to have’ (will have) + the past participle of the main verb. Examples: ‘You will have finished this report by this time next week.’ Or ‘Will you have finished by 3pm?’ or ‘Won’t you be late at 6.15?’

Perfect Continuous also has three tenses (you should know them by now ☺ past, present, future)

Past Perfect Continuous is used for…

To talk about a continuous action that was completed at some point in the past. This tense is formed with the modal ‘had’ plus ‘been’ plus the present participle of the verb (with an -ing ending): Example ‘I had been working in the garden all morning.’ or ‘I have been writing this report all afternoon.’

Present Perfect Continuous is used for…

To talk about something that started in the past and is continuing at the present time. The present perfect continuous is formed using has/have been + the present participle of the verb (with an -ing ending): Example ‘I have been reading Under the Yoke now for a month.’ or ‘I haven’t been feeling well lately.’

Future Perfect Continuous is used for…

To talk about actions that will continue up until a point in the future. The future perfect continuous is formed using will + have + been + the present participle of the verb (with an -ing ending): Example: ‘In an hours’ time I will have been working over thirty minutes.’ or ‘When I turn fifty, I will have been driving for thirty-three years.’

There are several methods to remember these 12 tenses easily, but to me, the best way is to think of a pyramid, the base has four sides; each side is a sub-tense, Simple, Continuous, Perfect and Perfect Continuous. Then each side of the pyramid has three edges, each edge being the basic tenses.

Or students can think of triangle, ‘now’ being the top, all students are different so the best way to remember these tenses vary, so choose the best way for yourself. 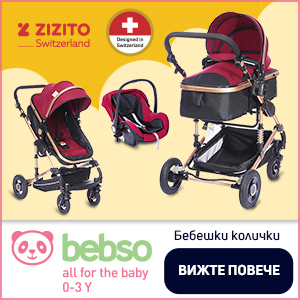 Previous Post: The Times in English for Children
Next Post: Let your children learn English well while having fun!