Method and teaching in the camp curriculum

Jolly Phonics is a fun and child centred approach to teaching literacy through synthetic phonics. At LuckyKids we use it with the youngest ones, as it is created for age 4-5-6 and beginners’ level. With actions for each of the 42 letter sounds, the multi-sensory method is very motivating for children and teachers, who can see their students achieve. The letter sounds are split into seven groups.

The sounds are taught in a specific order, not alphabetically. This enables children to begin building words as early as possible.

How does Jolly Phonics work?

In Jolly Phonics the 42 main sounds of English are taught, not just the alphabet.

The sounds are in seven groups. In synthetic phonics some sounds are written with two letters, such as ee and or. These are called digraphs. Note that oo and th can make two different sounds, as in book and moon, that and three. To distinguish between the two sounds, these digraphs are represented in two forms.

Each sound has an action which helps children remember the letter(s) that represent it. As a child progresses you can point to the letters and see how quickly they can do the action and say the sound. One letter sound can be taught each day. As a child becomes more confident, the actions are no longer necessary.

Children should learn each letter by its sound, not its name. For instance, the letter a should be called a (as in ant) not ai (as in aim). Similarly, the letter n should be nn (as in net), not en. This will help in blending. The names of each letter can follow later.

The letters have not been introduced in alphabetical order. The first group (s,a,t,i,p,n) has been chosen because they make more simple three-letter words than any other six letters. The letters b and d are introduced in different groups to avoid confusion.

Sounds that have more than one way of being written are initially taught in one form only. For example, the sound ai (train) is taught first, and then the alternative ae (gate) and ay (day) follow later.

For us it is very important that a child holds their pencil in the correct way.  The pencil should be held in the “tripod” grip between the thumb and the first two fingers. The grip is the same for both left and right-handed children. If a child´s hold starts incorrectly, it is very difficult to correct later on.

A child needs to form each letter the correct way. The letter c is introduced in the early stages as this forms the basic shape of some other letters, such as d. Particular problems to look for are:

The Jolly Phonics system has a DVD and Finger Phonics books that show the correct formation of each letter.

Blending is the process of saying the individual sounds in a word then running them together to make the word. This is the second process we teach after sounding of the phonics.

For instance sounding out d-o-g and making dog. It is a technique every child will need to learn, and it improves with practice. To start with the teacher sounds out the word and sees if a child can hear it, giving the answer if necessary. Some children take longer than others to hear this. The sounds must be said quickly to hear the word. It is easier if the first sound is said slightly louder.

We teach students to know that some sounds (digraphs) are represented by two letters, such as sh. Children should sound out the digraph (sh), not the individual letters (s-h). With practice they become able to blend the digraph as one sound in a word. So, a word like rain should be sounded as r-a-i-n, and feet as f-e-e-t. This is difficult to begin with and takes practice. There are Jolly Phonics Regular Word Blending Cards that can be used in class to improve this skill.

Children will find it helpful to be able to distinguish between a blend (such as st) and a digraph (such as sh). In a blend the two sounds, s and t can each be heard. In a digraph this is not so. When sounding out a blend, we encourage children to say the two sounds as one unit, so fl-a-g not f-l-a-g. This will lead to greater fluency when reading.

Some words in English have an irregular spelling and cannot be read by blending, such as said, was and one. Unfortunately, many of these are common words. The irregular parts have to be remembered. These are called the “tricky words”.

Identifying The Sounds In Words

The easiest way to know how to spell a word is to listen for the sounds in that word. Even with the tricky words an understanding of letter sounds can help. Start by having your child listen for the first sound in a word. Games like I-Spy are ideal for this. Next try listening for the end sounds, as the middle sound of the word is the hardest to hear.

We begin with simple three letter words such as cat or hot.

There are a number of ways to learn tricky words:

The use of Jolly Phonics system is common in modern international schools and preschools with a steady progress and excellent results.  Our goals in LuckyKids are to put solid language foundations, to start the literacy process with young children and to make it in a funny and at the same time academically strong way. 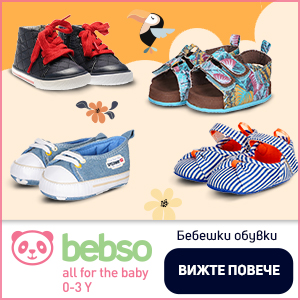 Previous Post: Horseback riding and building the personality in the language camp
Next Post: The Solar pedagogy method