At what age should children begin learning English? 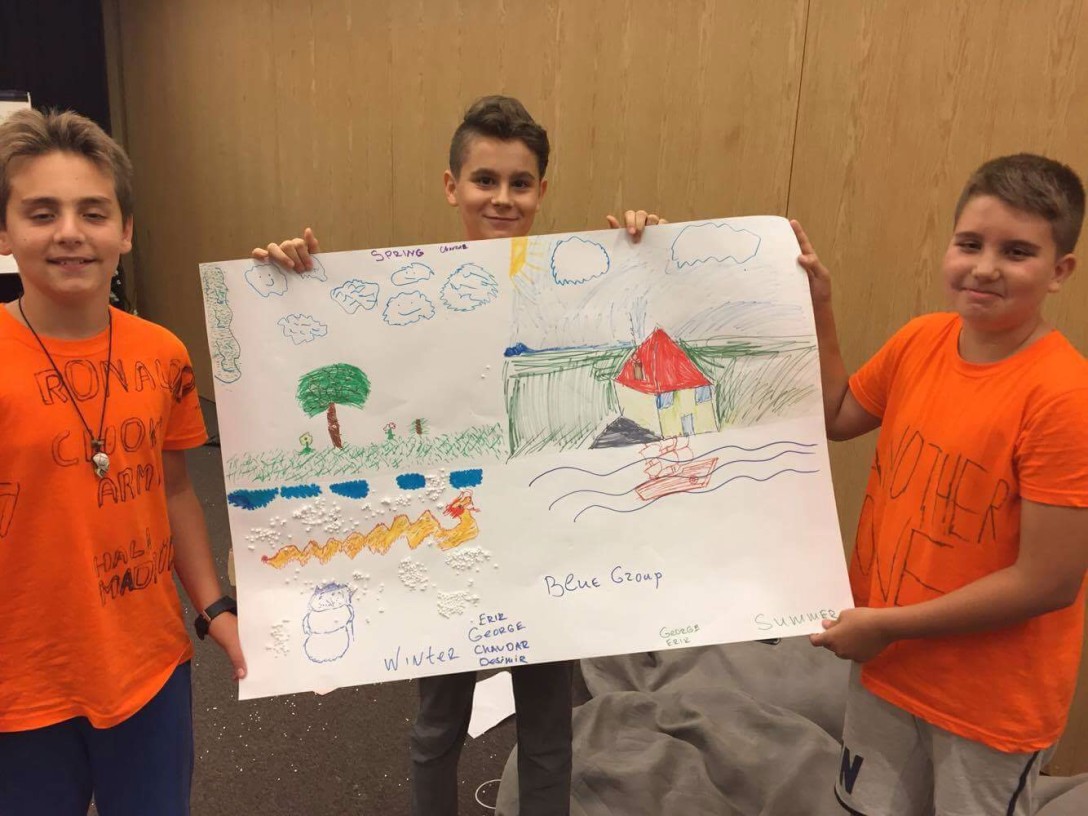 Nowadays, there is hardly a person who does not realize the importance of mastering the English language. Long ago this language has ceased to be the language of diplomacy, the world economy and culture, and has become an important part of every person’s life on the planet.

In the context of the previous statement, we are quite sure that we will not find a single parent who is not concerned about the future and the realization of his child and does not want to provide him with the best English language training.

And here comes the questions, doubts and worries of parents that make up the decision about the English language learning by their children.

At what age should children begin learning English?

Read other interesting questions on the topic…

Let’s take a look at some of the most interesting and popular theories about the launch of English language training that leading experts are launching.

According to the supporters of this theory, children from 0 to 3 years old remember the most and most quickly. During this period the children learn words and expressions in foreign language in parallel with their native language and without any worries. Teachers who promote this theory are of the opinion that by the age of 3 the child learns the foreign language even without having to go to private lessons or a summer camp for children. She learns the foreign language while playing games, watching children’s movies, or listening to songs in English. Children of this age are not afraid to make mistakes, have no inhibitions, and do not worry that they will not pronounce something wrong or say it wrong.

The disadvantage of this theory is that by learning without a suitable environment, the child will learn to cope with the basic level of language, but … only there. In order to be able to master it, it is necessary, besides “in a natural home environment”, to place the child in the appropriate language environment, such as a specialized kindergarten, language school or children summer camp. Only with the help of qualified teachers the child will be able to progress and begin to improve the language.

Supporters of this theory believe that foreign languages ​​should be studied at a conscious age. They agree that children from 0 to 3 years remember much faster, but if the child is not in the appropriate English-speaking environment or his parents do not speak English, the foreign language can not be mastered “by itself”.

On the other hand, children after 7 years already speak their own mother tongue correctly, get used to the learning regime (because then they go to school), they can organize and handle much easier with their assigned tasks in schools, language schools, or children’s camps they visit. In addition, at this age, children already have good speaking abilities and can pronounce English expressions and words correctly.

At this age, it is much easier to “light up” a child attending lessons or a children’s summer camp with English learning and parents to be assured that the kid will not only have fun but will also learn the language faster and better .

The drawbacks of this theory are:

* At this age, children learn new words and say a little harder;

* They are overwhelmed with homework at school and may refuse to load with another extra occupation.

The advocates of this theory are of the opinion that from 0 to 3 years the child still does not feel comfortable with their mother tongue and can not feel comfortable with others. It is only after learning the mother tongue that she can start studying another language without worries and difficulties. Children between 3 and 5 years old have already successfully coped with their mother tongue, starting to join groups, creating friendships, and helping them to cope (and to progress quickly with the words and expressions of the foreign language).

As mentioned just above, there is no exact age at which the child should start learning a foreign language. World statistics show that the child is able to perceive and learn from earliest childhood. Of course, experts are of the opinion that studying English in kindergartens should be perceived as a way to awaken the interest of the child in the foreign language. In the kindergarten, children touch the foreign language through games, learning poems, songs in English. Similarly, English and 1st-grade learning takes place. The actual study of English begins after 7 – 8 years of age, and in addition to games, songs and poems, children begin to master the alphabet, understand the meaning of words and expressions, learn grammar, transcription and language vocabulary.

Where to save your child in English?

However good teachers are, if you keep your child advancing with the language, you will have to stop at a non-family setting where your child learns the language.

We assume your variants are familiar, but still …

Both versions have their own good sides and your decision will be really difficult. Yet, your choice depends on the age of the child and how independent it is.

If your child is under three years of age, the better solution would be to stop individual training or save it in a private kindergarten or language school that is committed to teaching children of such a small age. According to the specialists, at the age of 3-4, the child can be enrolled in an early language learning center, and after 5 years he can safely be enrolled at a summer camp.

Children’s summer camps are a good solution for children, as it is important for them not only to learn the new language, but also to communicate with their peers, discover new things, socialize and compete with each other. A summer camp for children provides just that great foundation for the children. During their stay, children not only learn English but also learn to perform specific tasks in a competitive environment, work as a team and have fun.

So, private lessons in English or children’s summer camp?

For both options, you should consider the following:

* It is very important that your child is familiar with the English language. It’s not a good idea to enroll in a lesson or a camp if it has not touched the language so far, as it will feel uncomfortable with the other children if they are ahead of the training. (Always tell the level of other children in the group before saving your child).

Consider the child’s individuality. If it is rather shy or has not been separated from you until now, try first to save it on private English lessons in the city. Once the child gains more confidence, you can also sign it up at a summer camp for children.

Does your child need to know English? Definitely YES! When should I start learning foreign language? Explore the theories of different specialists, read other interesting questions on the topic, see the world’s statistics and trends and… decide for yourself.

Try to incite your child’s interest in the foreign language, give him the opportunity to develop and do not press him in any way. Some children deal with foreign languages ​​very quickly and without any problems, but for others it takes time. Do not compare your child with other children in the language school or children’s camp, and do not bother about it. Encourage each of his experiences, praise him for the efforts made, interest in his achievements, ask him to “show” what he has learned in school, school or camp.

No matter what age your child enrolls in English, it’s important to feel comfortable, comfortable and walk with the desire of the lessons or the camp. Everything else will be done by English teachers who have a good and rich experience with children.

There are many statistics, theories and charts, but when it comes to your child and his future, the choice is entirely in your hands. Good luck!