English for children with speech disorders 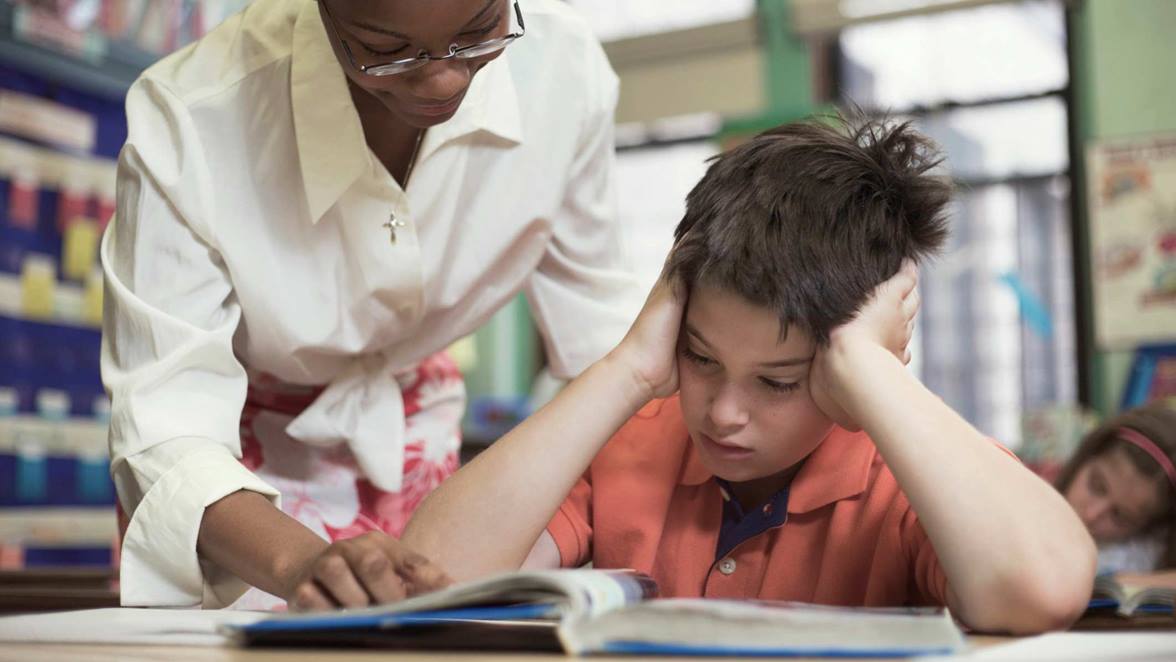 Speech defects in childhood may be associated with the speech or writing abilities:

Children are sensitive creatures who quickly understand if they are somehow different. In most cases, the other children react negatively without being able to control their reactions, and this enables the development of the first trauma in the child with speech disorder.

Speech is adopted through the mechanism of imitation. The source of speech is the adult who shows the sound pattern, and through the verbal marking of various objects the child receives examples of words, which begins to imitate.

The main stages of language development are:  the coo when the children are 2 months old, babbling from the fourth to ninth month, first meaningful words up to the first year of the child, simple sentences up to 3 years of age, complex sentences and conversation up to 4 years of age.

At the age of 5, the child can now use all the oral forms of dialogue and monologue. Communication sentences and imperative sentences occur, and finally the interrogative sentences.

Children use autonomous speech by talking to themselves – they practice self-speaking.

Disorders in oral and written speech can usually be diagnosed when the child is literate – 5-6 years of age.

One of the sounds that are difficult to pronounce are – r, s, sh, zh, ts, tc and others. Another problem is mixing up voiced and voiceless sounds. The existence of baby speech is possible to last longer, or it may not be present at all.

Very often, children with dyslexia are accused of being lazy, and if measures are not taken and if specialized professional help is not sought, the kids cannot keep up with with the classmates in studying.

How to diagnose dyslexia?

In order to diagnose a child with dyslexia, the kid must be literate, i.e. when he/she is in first or second grade.  The condition is manifested by visual mixing of digits or letters with the same elements or writing them as mirror-image. These are the first symptoms. These children experience difficulties in reading and understanding information.

Very often they confuse the digit 7 with the digit 1 or 4. They also confuse handwritten letters – t, s, p. They miss or add an elements. The proper attitude of parents and teachers, and adults in general, is not to miss the first signs and to take action.

Pursuant to the Individuals with disabilities education Act (IDEA) 2004, the government has defined the speech disorder or language impairment as a „communication disorder such as stammering, impaired articulation, language impairment or voice impairment that adversely affects the learning process of the child“.

Can a speech disorder occur only in one language of a bilingual child?

Can a child demonstrate speech impairment in one language, but not in the other? My immediate response to this is: “No.” I want to tell you about one of my students who I tested last week.

Michael is a child of 7 years and 3 months whose native language is Bulgarian. He has spoken only Bulgarian until he started school at the age of 3, and Bulgarian continues to be the language he hears and uses most of the time.

After starting school, Michael got an academic English language education with some Bulgarian support and the family continues to use Bulgarian at home.  His mother reported that Michael speaks Bulgarian more often than English. Based on a detailed language history, I decided that he uses Bulgarian 60% of the time and English 40% of the time.

How does this mechanism work?

Let’s look at the diagrams of Venn that we use in the book „Difference or Disorder“. Understanding linguistic development in culturally and linguistically developed students.

We usually do not spend much time focusing on the sounds that are unique to the native language of the kid. Today we will spend time on the left side of Venn’s diagram.

Let’s look at a formal language test. I used BAPA (Bilingual Articulation and Phonology Assessment), which is a great tool for speech assessment.

Here are the standard results of Michael:

That’s a big difference. But when we take a closer look, it really makes sense. Michael struggles with sounds that exist in Bulgarian, but they do not exist in English. In particular, guttural „r“and any combination with „r“. The English /r/ is produced very differently from the Bulgarian sound /r/ and this student has no difficulties with the English sound /r/.

So, by returning to our Venn’s diagram, Michael’s errors immediately stand out in the area of unique sounds for the language.

Here are the errors he makes:

Michael makes the same mistakes in the connected speech he made in one word. The next thing I tried was stimulation. In other words, can he produce these sounds if i help him? I used visual and verbal signs to teach him to reproduce the sounds. Michael made a progress with additional support.

He had a significant improvement. With regard to the unusual„th“in English the stimulation showed better results. He managed to produce it in four of seven attempts and then he used it spontaneously in the connected speech. Such rapid improvement of the English sound implies a difference rather than a disorder. His low stimulation regarding the sounds in his native language implies an impairment.

So here’s how I answered the question: „Can a student have a speech disorder in only one language“?

The answer is still „No“, but the student may have a speech disorder that affects only one language. Here’s how I described Michael’s speech in his report.

„Michael demonstrated articulation skills that were impaired and influenced his production in Bulgarian language.

He has achieved a standard score of 75 in Bulgarian and 110 in English language on BAPA. It is not typical for a speech disorder to affect only one language, but in the case of Michael, the sounds he was struggling to produce were sounds that existed in Bulgarian, and not in English.

He displayed errors with trilled /r/ in Bulgarian, and clusters that include flap /r/. Stimulation with visual hints and patterns was low. He produced in 4 of 12 options. The understanding in the connected speech in Bulgarian is 95%. Michael usually produces a fully understandable connected speech for his age. In English, Michael experiences difficulties with regard to sounds that do not exist in Bulgarian. This is a common mistake for kids who are foreigners and learn English as a second language“.

I presented this example to your attention in order to highlight that if the kid studies two languages, he might be excellent in one language, despite the speech disorders related to the use of the second language. Of course we are talking about minor speech disorder.

Dyslexia, as a phenomenon, is a difficulty in the educational process, and there is another training method for it, although it is somehow related to the speech and process of understanding.

In my practice in the LuckyKids children‘s language camp I had another case with a child who is excellent in all subjects that are taught in English language, but he experiences difficulties in learning the material taught in his native Bulgarian language.

This child was born in Bulgaria, then he lived in the USA to the age of 5, and finally he got bilingual education in the preparatory group to third grade in a bilingual school where English and Bulgarian go together as partner languages.

The child had a mild degree of hyperactivity, which was expressed in increased emotionality and activity under specific conditions, without interfering with his perceptions and the learning process. The boy was kinesthetic and loved everything to pass through the senses, mostly with regard to touch.

The Bulgarian academic program, designed to meet the needs of children with advanced linguistic and logical-mathematical intelligence, does not provide tasks and exercises for kinesthetically-spatially oriented kids.

That is why, very often, they are defined as lazy and failing. An early determination of the leading intelligences in children and ulterior reformatting of the educational material according to their abilities and needs would result in the extreme success of these children who we sometimes neglect, only because we feel powerless to adjust education for these interesting kids.

Once I got to know the kinesthetic-spatial intelligence of the child, I started to work with him at a different pace, with individual attention and different motivation than with the other kids. It turned out that he was as intelligent as the others, and that he is even better in some fields.

The methods that worked with him were all tasks and exercises that were color coded, tablet tasks, as well as tasks related to art, music, spatial 3D forms and models. Having discovered these successful approaches, he began to progress at an amazing pace and to work with passion as he was among the „weak“ students until this moment.

His motivation for learning had increased, the results were impressive, to the extent that even the parents were amazed by the progress of their own son, as they thought that he has speech disorder and educational difficulties.

It is therefore highly advisable to try out learning opportunities in a foreign language in order to improve articulation, connected speech, to semantically enrich the vocabulary, to develop skills for reproducing new sounds and sound combinations. In my opinion, this always affects favorably the partner language.

Any language practice, combined with masterful cooperation on the part of the teacher for motivation and imitation, can lead to results that are more than the expected in children with speech disorders.

2019-05-03
Previous Post: How much English culture is transferred to LuckyKids
Next Post: Summer children’s camp for beginners in LuckyKids