How much English culture is transferred to LuckyKids 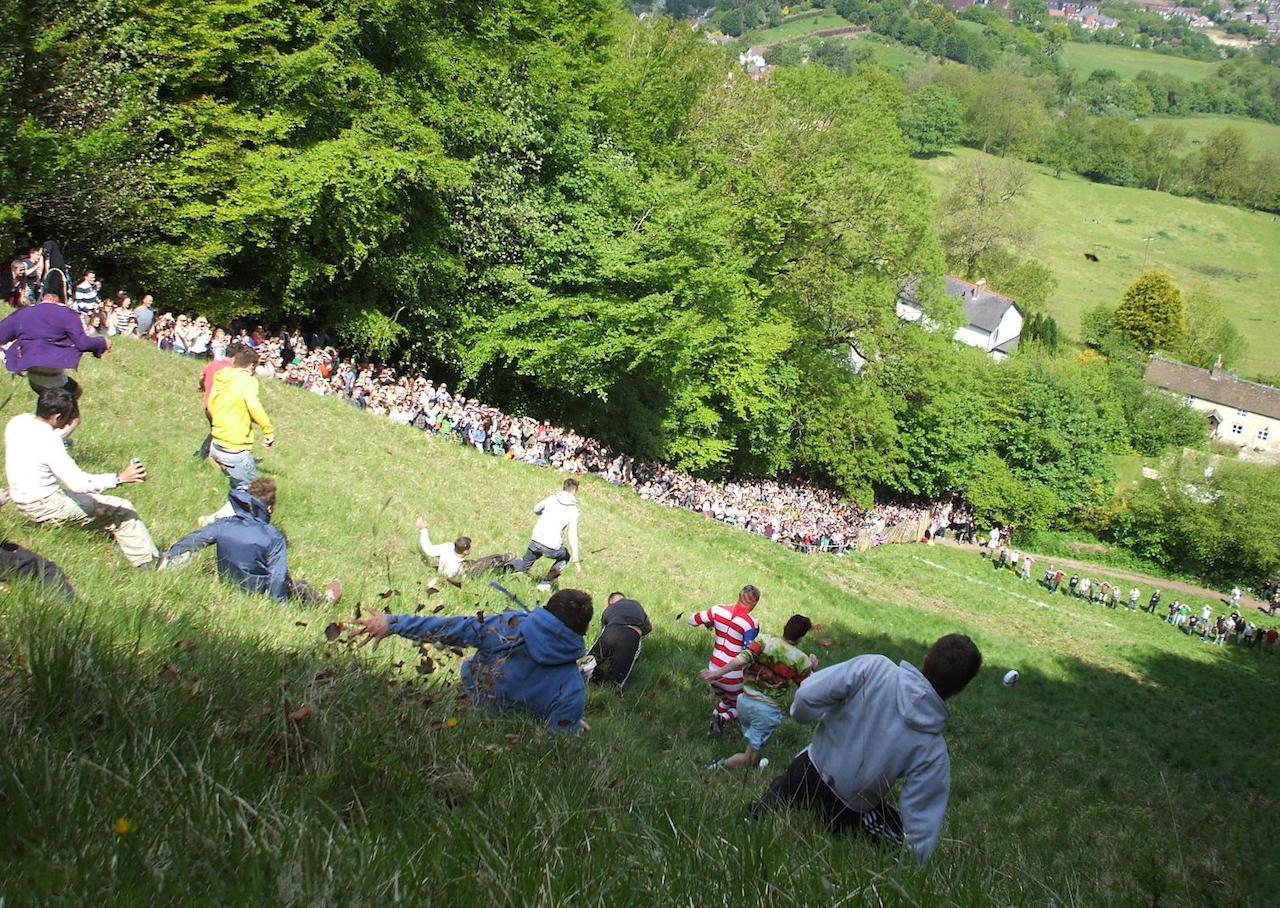 A description of the principles that apply to English learning, also used in England.

Lucky Kids follows undeniably a Briish curriculum and all the participants are following a code of conduct with values.

Through the activities and entertainment, chosen carefully, children learn how to be part of a team, how to express themselves better in English, how to make research and handling data in order to put it in presentations, how to practice values in order to be good, kind, well-behaved, how to master self-control and independence.

The correct grammatical knowledge is a sign for high language level

During the course the teachers use stimulating and provocative topics. During the whole language camp period (during the lessons and outdoor activities) children are communicating in English language.

The use of interesting topics and projects helps each child to improve its language skills. individually, without competing with the rest of them.

The evening activities provide the opportunity each child to relax and get to know the rest of the campers. We offer a huge variety of activities: karaoke, disco nights, bingo, night treasure hunt, pajama party, movie evening, gala evening etc. The evening activities include entertainment, and stage for performance of the talented and creative children.

The main values ​​in LuckyKids’ international children’s language camp are respect for themselves, the others and daily practice of kindness, respect, honesty, tolerance, love, courage.

The camp team uses different methods in case of small conflicts between children, always listening carefully to all parties to the conflict.

During their stay at LuckyKids International camp children are encouraged to practice basic virtues such as:

Each child is guided toward cooperation and collaboration in the common projects. Team work is highly appreciated.

The well performed children are rewarded on a daily basis.  At the end of the period, at a special ceremony the best reformed children In all areas are awarded.

The positive educational methods have stimulate and motivate them to practice these virtues in their daily life routine. Special sticker cards encourage the children to succeed through non-material stimulation. Getting to know the basic virtues, the children choose to follow them by themselves which is one of the success factors of the programme.

The camp team helps children to learn or practice already learnt basic table manners, as well as to apply them during their stay and later in their life.

Unless table etiquette, campers do have the opportunities to approach daily situations where to use polite expressions and official forms of communication in English language, just like British ladies and gentlemen. A cultural approach is followed in regards of the relationships between boys and girls based on mutual respect and consideration.

British culture, customs and traditions vary from the weird to the wonderful, from the traditional to the popular, and from the simple to the grand.

The formation of the ideas, celebrations and notions that comprise today’s quintessential British lifestyle started centuries ago, giving importance and meaning to the people’s existence. These customs and traditions stood the test of time, not without some changes to accommodate the modern world.

Despite the inevitable transformation in British values and norms, the roots can still be easily traced back to the earlier English civilization; it was a big help that the nation’s history is widely and proficiently recorded.

Some of the greatest British culture, traditions and celebrations in the UK are applied in our camp:

Cheese rolling is an unusual British tradition that involves a ball of Double Gloucester cheese and a crowd that is willing to chase it for fun.

It takes place on Cooper’s Hill in Gloucestershire, England, with a slope so steep the participants have no choice but to stumble their way down to the finish line where, hopefully, the cheese awaits.

The cheese rolling event takes place every Spring Bank Holiday Monday of the year. Local participants and visitors from all over the world gather at 12 in the afternoon to participate in or witness this sport which dates back to the 15th century when people are assumed to do similar activities as harvest rituals, among other theories.

At Lucky Kids We are practicing rolling game during an open door activity such as horse riding. The only different part is – at the end of the rolling children stand up and if they would like they could do it again.

Morris dancing is both art and history in motion. It usually involves dancing with sticks, handkerchiefs or swords in a style that is depicted mainly by location. Some styles include Cotswold from the South Midlands and Longsword in Yorkshire.

This type of dance is typically performed on specific occasions and seasons such as early summer for Oxfordshire and during Christmas and New Year for Yorkshire. However, morris dancing can still be performed in other instances.

At Lucky Kids we organize and perform lot of dancing, especially in the evening activities. Sometimes children even practice independently in order to present their show on the Talent’s evenings.

Probably one of the quintessentially British things to partake, afternoon tea has become a socially-acceptable and rather a delightful excuse to meet people for ‘some grub’ from 2 until 4 o’clock in the afternoon.

The common afternoon tea comprises of select teas, traditional scones, simple sandwiches and petite cakes. Complementing the pastries is clotted cream and fruit jams, amongst others. The birth of the afternoon tea happened in the year 1840 when Anna Russell, the seventh Duchess of Bedford, would request for snacks in between lunch and dinner.

It became a repeated occurrence, and she began inviting friends over to relish the treats with her. Now, afternoon tea is served regularly around the globe, mostly as special offers in fancy hotels and English restaurants.

At Lucky Kids We have the afternoon snack as usual. We also practice cooking and preparing of sandwiches. Children are enjoying this creative activity using their imagination.

A lot of famous sports that are now widely enjoyed actually have British roots. Cricket, football, lawn tennis, rugby and golf to name but a few.

The most popular sport in the UK is football.  Football may be famous in England, but it isn’t its national sport: cricket is.

At Lucky Kids We enjoy a lot all types of sport activities. They are many and different types: swimming, football, hiking, badminton, biking etc.

Fish and chips is a very common takeaway food in the UK. As the name implies, it consists of fish that is fried in batter and accompanied by potato chips. Fresh cod is the most common fish used for this dish.

Roast dinner (or classically known as Sunday roast) has become one of the staple British food. It consists of roast meat, vegetables and a variety of accompaniments such as Yorkshire pudding and English mustard. The term Sunday roast came from the said origin of this dish, wherein it is believed to be the traditional meal of British families after attending church on Sundays. The day starts by popping the meat in the oven, adding the veggies and then coming to attend mass.

At Lucky Kids we are paying special attention to the dinner – the last meal of the day. Children enjoy the five star hotel menu.

It is quintessentially British to scatter excessive pardon me’s and thank you’s to one’s speech, they say. There is no denying that this mannerism has made its way to the daily lives of the British people.

The British population is one of the largest tea consumers in the world.

Before, it was a drink only enjoyed by the upper-class. However, as the eighteenth century entered, every social class have made drinking tea a part of their daily habit. The perfect way to brew a good cup of tea is debatable up to this day. Even scientists released their own take of ‘a good cuppa tea.’ The methods vary from the type of pot used to the proper steeping time. Adding milk to one’s tea is also an art.

At Lucky Kids we enjoy the good tea! The children are fans of it.

Because horse breeding has long been part of the British legacy, it is only natural to have horse racing as an esteemed part of the society. In fact, it is the second largest spectator sport in Britain. Horse racing events include the Royal Ascot, Grand National and the Cheltenham Festival.

The history of racing horses dates back to the 12th century when the English knights carried Arab horses on their way back from the Crusades. These horses, cross bred with the English horses, gave birth to the Thoroughbred horse which is the breed being used in racing in the UK. The Grand National is one of the most awaited horse racing event every year.

At Lucky Kids we adore horse activities. Children are spending one day per week among them and they even have their learning activities on the spot where they practice horse riding. Part of their project work is connected with it.

The UK has a rich pop culture that is influential not only in Britain but also in the international scene. The British pop culture imports talents that transcend varied forms of media. Below are some of the most prominent contributions of Britain to the pop world:

At Lucky Kids we are including a lot of topics from British culture in the project work during our educational process. Children enjoy the research connected with their favourite movies, books, stars and places.

Knowing and appreciating the British culture will give children a deeper and meaningful sense of Britishness on how they do things around the British Isles.It is undeniable that British traditions and celebrations make this little nation worth exploring to experience the true British vibes.